con.di.tioned. [From L. condicionem.] Adj. 1. Existing under or subject to conditions. 2. Significantly influenced or determined to behave in a particular way for a given purpose. 3. Characterized by a predictable or consistent pattern of behaviour or thought as a result of having been subjected to certain circumstances.

phe.nom.e.nal. [From Gk. phainomenon.] Adj. 1. Perceptible by the senses or through immediate experience. 2. A thing as it appears to or is constructed by the mind (distinguished from the thing-in-itself). 3. Highly extraordinary; remarkable.

It is amazing how much we manage to accomplish while fundamentally misunderstanding the nature of reality: we drive cars, build political systems, shop for clothes, invent the internet, eat food, raise children, buy property and appreciate art; all without realizing what Ancient Eastern traditions have known for thousands of years, namely, that we live in an interdependent world. We fail to understand that we do not exist as autonomous individuals but rather coexist with all of existence, and we do so on the daily.

The claim that everyone and everything is interconnected might seem uncontroversial at first, if not cliché. Upon some thinking, however, we see that its implications undermine most of our values, emotions, ideas and beliefs. When we look at an object (e.g. a chair), for instance, we tend to see it as a fixed concept (e.g. a piece of furniture used for sitting) instead of an impermanent assembly of its constituent parts (e.g. wood, nails, the work of a carpenter), and their constituent parts (e.g. fibrous tissue, hard metal, training in a skilled trade). Similarly, we mistakenly see our feelings, thoughts and even self-identity, or sense of self, as fixed things, causing in us a deep sense of dissatisfaction and discontent.

We live in a world of appearances. Suffering arises when reality clashes with our misguided perceptions of it, letting us know that our perception is skewed.

Happy are those able to know the causes of things. – Virgil

We live in a time of confusion: in order to increase our standard of living and satisfy (and create) immediate desires lacking in existential value, technological “advances” compromise our quality of life and future as a species. With this, the first step towards a better life is to attune our way of seeing the world with reality, one that is rarely what we’ve come to imagine, or construct. Taking that first step means committing to always deconstructing our experience in the world — only then may we be able to let go of the past and the future in order to become ourselves free and mindful in the present.

I’m originally from Brazil but have lived half of my life in Canada. I have an Honours Degree in Philosophy and Criminology from the University of Toronto, with a concentration in Buddhism, Psychology and Mental Health. I’m currently pursuing a Master’s degree in Social Justice Education at the Ontario Institute for Studies in Education (OISE/UT), where I previously worked as a Research Assistant in Applied Psychology and Human Development, and which does much to inform my work in Access to University. In 2012, I was Volunteer-in-residence at a Buddhist retreat centre in British Columbia, where I sought to integrate understanding with daily living. It was there that the Conditioned Things project was conceived. 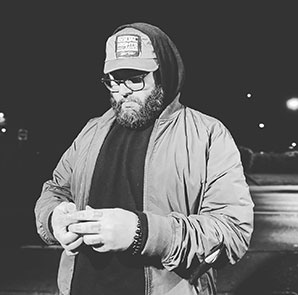