The human foundations of the university 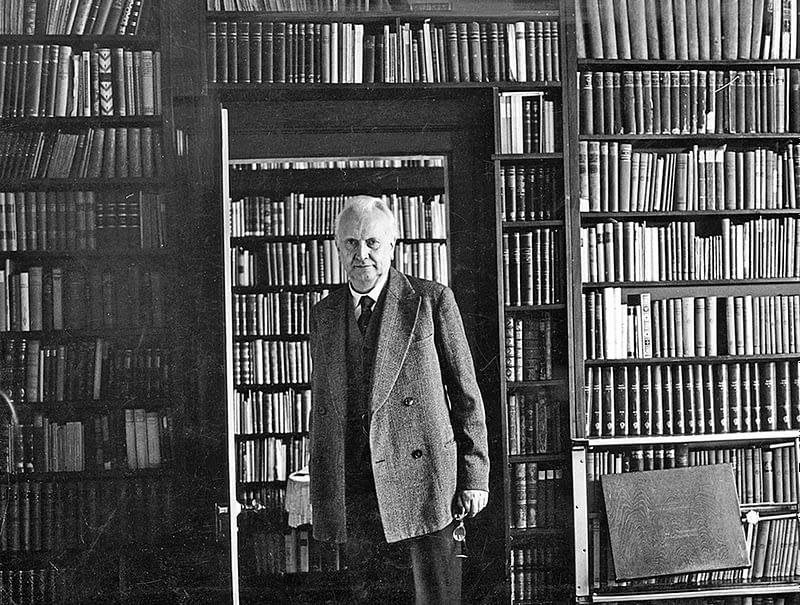 There is a good bit of dusty German philosophy in Karl Jaspers [1], who doesn’t seem to be known as a philosopher so much as a psychiatrist and for his contributions to that field. Some of his dusty philosophy can be found in the book The Idea of the University, a couple of chapters of which I discuss here because, well, I had to discuss it in class so I might as well.

The university is the one place where by concession of state and society a given epoch may cultivate the clearest possible self-awareness. – Karl Jaspers

It is, however, impossible to speak of the truth definitively, and so truth must be measured in terms of its pursuit, i.e. research. The university is different from the school because students are required to actively participate in the construction of truth. Though theoretical in nature, the intellectual training realized at the university has great potential practically. In fact, “the university is an institution with practical objectives, but it attains them by an effort of the spirit which at first transcends them only to return to them afterwards with greater clarity, strength and calm.”

Rather than teach facts and skills, the university must support the integral development of its students because understanding “presupposes the intellectual maturity not just of the mind but of the whole man.” In the eighth chapter, titled The Human Factor, Jaspers is concerned with just this, the attitudes and capabilities characteristic of the people that make the university possible.

There is no point in thinking about the idea of the university if the people required to actualize it are not available. As such, “it becomes a question of life and death to the university to find and attract” the right people, which puts an interesting perspective in university recruitment and admissions. Access to university is a privilege afforded only to those entitled; students must prove themselves worthy of study. “There is the question as to the kind of student to which the university addresses itself: outwardly to all, intrinsically to the best only.” For Jaspers, the selection process is a problem that can be summarized in the following three questions: What aptitudes are desirable? How are they distributed? And who is to make the selection?

“Variables of aptitude,” such as memory or power of concentration, can be tested and verified but “intelligence proper is harder to get at.” Neither can “the ethos of intellectual commitment” nor “creativity” be measured. And to the extent that these can be distinguished we are prone to the “fallacy of misplaced concreteness” by thinking that ability is something definitively given. Moreover, when examinations are used as the sole criterion for admission, “selection may indirectly depend on one’s willingness to assimilate the weltanschauung of a group.”

In order for the right individuals to be admitted, including those who do not display traditional test-taking abilities or the readiness to integrate the status quo, “there ought to remain enough elasticity in our institutions to allow for the unpredictable and the risks of radical innovation.” For this reason, personal selection is the most comprehensive method “because it reaches those deep-lying qualities which escape all measurement.”. Only rarely, however, are the examiners making the selection actually endowed with the intellect required to complete this task.

Unfortunately, examinations and personal selection are “as unavoidable as they are unreliable.” By recognizing this fact, Jaspers offers little by means of meaningful suggestions for the university at a critical point in its history. Indeed, to say that we can improve the institutional procedures of selection “by ceaselessly improving examinations and making them more meaningful intellectually,” for instance, is, as far as I can tell, to not say very much at all.

To be sure, Jaspers’ values are for the most part in line with the rhetoric of access and inclusion that led previous models of the university to the current mass higher education system, but flawed admissions policies are generally the result not of some philosophical, or even ideological, deliberation but of sheer logistical necessity. Examinations, or grades, are inadequate indicators of countless qualities thought to contribute to student and university success, and admissions officers typically make for inadequate judges of potentially relevant characteristics. But this claim is largely uncontroversial; one would be hard pressed to find an institution that believes otherwise.

In order to address the issues pertaining to the ‘human factor’ integral to the university, one must adopt an interdisciplinary approach that might allow for practical recommendations grounded in philosophical ideas. But it is unfair to criticize Jaspers for ‘failing’ to provide us with a measure of this, especially considering the stated purpose, or even the title, of The Idea of the University.

[1] As put nicely by Professor Kai Hammermeister of The Ohio State University in here.

[2] Jaspers, Karl. The Idea of the University. Peter Owen: London, 1960. Print. All references from the Introduction as well as Chapters 8 & 9.

“In a makeshift classroom at a correctional facility in Southern Ontario, some 20 students – half of them incarcerated at the facility – sit in

“In late April, the administration at Wilfrid Laurier University announced it will provide additional support for international students from war-torn countries to come study at