Why we value education 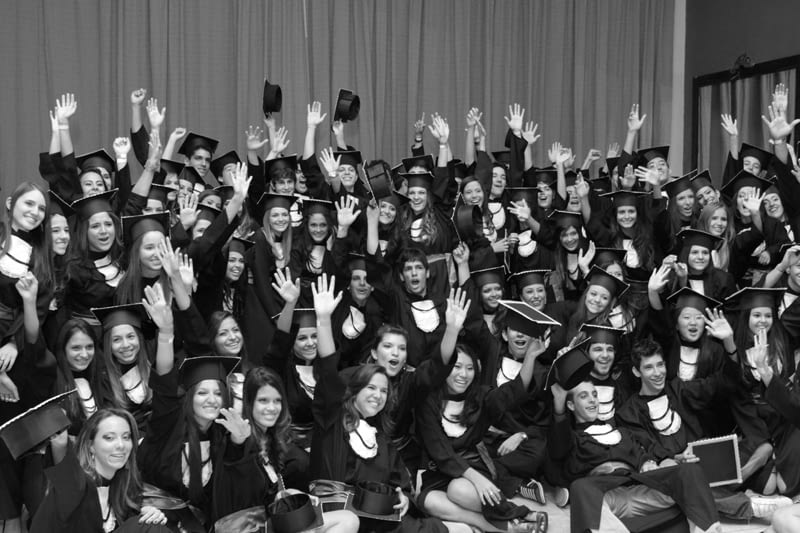 About a century ago, prominent educational thinker John Dewey argued that education is the means of the social continuity of life. He also predicted that, by the end of the 20th century, Bachelor’s degrees would be as commonplace as high school diplomas, or even literacy. And he meant Bachelor of Arts degrees, and with concentrations in philosophy, no less. Unfortunately, public perception towards higher education has remained fundamentally flawed: we value a degree only to the extent that it affords professional success.

[Education] creates a capacity for learning not only in order to adapt to the world but especially to intervene, to re-create, and to transform it. All of this is evidence of our capacity for learning, for completing our incompleteness in a distinct way from that characteristic of other mammals or of plants. – Paulo Freire

So, Dewey’s prediction was wrong. Still, evidence of the democratization of post-secondary studies is seen everywhere in Canada, especially in our largest and most prestigious institutions. Today, a significant percentage of university students are either immigrant or working-class or both, with many being the first in their families to have had access to university, some without ever graduating high school. I, for one, fell into many of these categories as a student. Maybe you did, or do, or will, too.

It seems, then, that we are at least headed in the right direction. Except, now, we seem to think that this is the wrong direction.

Case in point, an article published some time ago on the National Post titled, Not super rich or super smart? Well then, don’t major in the arts. While bold in its title, the piece is largely uncontroversial and does well only to tell us that the market is saturated with BAs, and that there are no more jobs for BAs, and that—seriously, there’s really nothing for BAs out there.

Surely we all get this by now.

Being a philosophy graduate myself, it did, I confess, take me a while to get this simple fact. (A professor once joked that a philosopher is someone who has difficulty understanding that which is common knowledge). But, eventually, even I got it. And my philosophy-graduate friends all got it, too. We got the point, and telemarketing and/or food-industry jobs to go along with it.

In the Ontario general election of last year, I recall campaigning politicians of all sides asking—no, begging—parents to pressure their children to stay away from university and enroll in trade schools instead. Indeed, if there is something that economists, policy-analysts, and other experts can agree on these days regardless of place in the political spectrum, it is that a Bachelor of Arts degree is something to be avoided at all costs. And the costs, we are told, are many.

Tuition fees have doubled, indeed tripled in the past 25 years, at up to three times the rate of inflation. The average Canadian student graduates with nearly $30,000 in student debt. These tidbits, duly stressed in the aforementioned article, are as familiar to us as those regarding unemployment rates among BAs, and my recent-graduate friends and I have first-hand experience of these ones, too.

So, I’m a philosophy graduate who may or may not have $29,000 in student debt, and who may or may not work at a restaurant in order to make basic ends meet. And yet, somehow, I am writing not to denounce my education but to urge anyone with an inkling to major in the arts to go ahead, but to do it for the right reasons.

In university, I dedicated many years (it may or may not have been six) of my full-time attention to questions we only rarely take seriously, and consider mostly superficially. As a result, I developed a love for the arts, an awareness of the social and political, and an appreciation of choice and responsibility that, at least for me, would have been impossible to do otherwise. As such, I am proud of and stand behind the choices I have made for my education. What is more, I credit my quality of life largely to it.

Even if my job today is not a direct result of my degree (and, yes, that would have been nice), the way I have come to understand it and perform in it is, as is the manner in which I relate to both my work and colleagues. And the same also applies to other areas of my life. My finances, my relationships, my leisure, my goals, all have been directly influenced by what I took away from my Bachelor of Arts.

So why should the liberal arts be reserved only for would-be academics and the elites, as the article so poignantly suggests, if what the liberal arts do is just this, liberate? Why can’t a mechanic major in English, a contractor in history, a chef in philosophy, if they are all the better for it? (For the sake of clarity, yes, they became a mechanic, a contractor, and a chef because there are no jobs for BAs).

Is it because of their (un)employability as BAs? One thing you gain by studying philosophy is the ability to readily spot a fallacy when you see one, and the fallacy in this argument lies in the fact that getting a job is not what makes the pursuit of a BA worthwhile in the first place.

Asking would-be undergraduates and their families to consider the unavailability of salaried, middle-class jobs as a con against the pros of a liberal arts education is very different than flat-out telling them not to go to university because the attainment of such jobs is (implicitly) held to be the absolute value by which all pursuits are measured. The former equips individuals to make informed decisions for themselves; the latter coerces them into action that may not have their individual interests in mind.

As for student loans, I often ask myself (especially when I make small payments towards mine each month) whether I’d trade what I’ve gained from my education for a brand new car, or anything else that costs $29,000. The answer is always an unequivocal no. Nope.

I’m not saying that a Bachelor of Arts degree, much less one with a concentration in philosophy, is necessary (or sufficient, for that matter) for one to gain an appreciation of, shall we say, the good, or the beautiful. I am, however, saying that about me. And I am also saying that of the countless would-be undergraduates for whom this would also be the case, but who lack the support of their families because experts and political leaders have assured them that this would be the wrong thing to do.

To draw on Paulo Freire, the “capacity for learning” afforded by a proper education allows human beings not only to “adapt to the world but especially to intervene, to re-create, and to transform it.” Indeed, it is of individuals capable of envisioning and constructing different ways of life – including professional life – that our society is in a dire need today. For this reason, we need to adopt, or at the very least acknowledge, different perspectives towards the BA.

And if you are a prospective student of the arts in need of a little push, here’s to hoping this can be it: go ahead, major in the arts. But do it for the right reasons.

“In a makeshift classroom at a correctional facility in Southern Ontario, some 20 students – half of them incarcerated at the facility – sit in

“In late April, the administration at Wilfrid Laurier University announced it will provide additional support for international students from war-torn countries to come study at