Seeing what is there 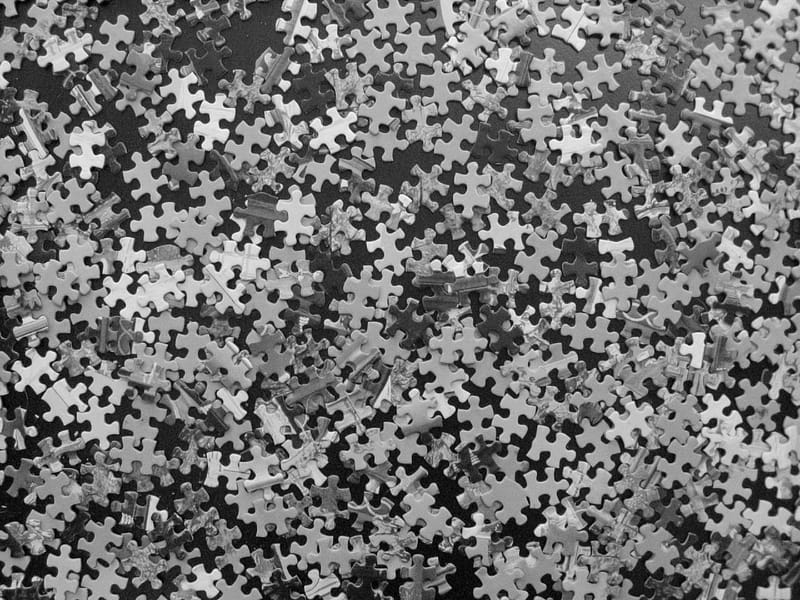 Disappointment and dissatisfaction are the products of distortions in our perception that obscure our ability to see things as they really are. This means that a happier life is to be sought not by wishing that things were different, but simply by seeing what is there. In doing this, “it is not that something different is seen, but that one sees differently” [1]. And we need to look differently at things if we are to understand what Ancient Eastern Traditions have known for thousands of years: that we live in an interdependent world.

A mirage, a cloud castle,

A dream, an apparition,

Without essence, but with qualities that can be seen. – Gautama Buddha

The claim that everyone and everything exists interdependently might seem uncontroversial at first, even cliché. After closer analysis, however, we discover that its implications undermine most of our values, emotions, ideas and beliefs. By seriously questioning the origins, or the causes of things, we learn that their existence is relative and that they therefore lack an essence. Among other things, this means that nothing is absolute, everything is impermanent, and no one is solely responsible for what they might or might not be. This is precisely what we learn with Buddhist psychology.

Buddhism is most commonly thought of as a religion. However, due to the many connotations associated with this concept, it would perhaps be more appropriate to consider it a philosophy or – even better – a psychology [2]. That’s because Buddhism seeks to understand the nature of reality by means of empirical evaluation through the study of the nature of mind and consciousness [3]. Actually, Siddhartha Gautama, prince of India, sought more than mere intellectual understanding when he founded Buddhism. He sought to alleviate human suffering. It was then that he discovered that the cause of suffering lies within, and not outside, ourselves. But how does impermanence and interdependence relate to this?

For instance, if we question the origins and the causes of a sheet of paper, we quickly realize that paper is something conditioned [4]: it is made up of cellulose fibers derived from the wood pulp of trees which, in turn, come from the germination of seeds that need air, water, soil and sunlight to sprout, in addition to countless other things [5]. From this, we learn two very important things: first, that paper does not exist inherently as paper, but interdependently as a relationship between seeds, air, water, soil, sunlight, and the endless other conditions that make paper possible [6]. Second, we learn that a piece of paper is impermanent since everything that is conditioned is subject to change and decay – since everything that has a beginning must also have an end. But what does this have to do with suffering?

Although we understand that there is no inherent existence and that all conditioned things are impermanent, we often fail to accept these two facts of life and, as a result, we cling to things as if they were lasting, enduring. In the case of the sheet of paper, we understand that it exists only under certain conditions and that it could be destroyed at any moment, and yet we are thrown into despair if water is spilled on the letter of an ex-girlfriend or of a deceased loved one. What Siddhartha discovered was that our tendency to cling to what is transient causes us more suffering than the actual transience of things, which is constant. In order to lighten our predisposition to attachment and so alleviate our suffering, we must always be aware of the fact that we live in a phenomenal world, that is to say, a world made of appearances.

Western philosophy, like Buddhism and other Eastern traditions, also recognizes the fact that ours is a world made of appearances. Phenomenology, founded by the German philosopher Edmund Husserl [7], holds that we are not capable of understanding the actual world, that is to say, the world external to our minds. For this reason, phenomenology is interested in the way in which the phenomenal world is presented to us, and it studies the subjective experience of the human being.

In this context, to say that something is phenomenal is not to say that it is remarkable or extraordinary, but rather that it is perceptible by the senses through immediate experience. In fact, to both phenomenology and Buddhist psychology, things are thought to be phenomenal because, to us, they are nothing more than the perceptions we have of them. In this way, to study the phenomenal world is to try to understand not the world as it exists – which is not accessible to us –, but the world as it is constructed by our minds.

In Western psychology [8], exaggerated and irrational thoughts (and, in a way, the exaggerated and irrational perceptions on which they are based) are considered to be cognitive distortions [9]. For example, if a person panics every time she sees a puppy because she was once attacked by a dog in her childhood, according to Western psychology she has a cognitive distortion. Buddhist psychology, on the other hand, has a much broader view on the subject.

When we look at an object (e.g. a chair), we tend to see it as a fixed concept (e.g. a piece of furniture used for sitting), and not as a vulnerable assembly of its constituent parts (e.g. wood, nails, the work of a carpenter) and their constituent parts (e.g. fibrous tissue, hard metal, training in a skilled trade). By being too caught up in such a fixed idea of a chair, I could, for instance, miss the fact that I can use it to hang my coat or to stand on it in order to reach something on the top cupboard. This occurs because concepts shape the way we see thus controlling the way we look. And it is for this reason that, for Buddhist psychology, we all have cognitive distortions.

It is not difficult to think of instances in our lives when misguided perceptions led us to cling to things. Not only do we extract concepts from the world, but we always do so in relation to ourselves: this is my cell phone, this is my idea, this is my girlfriend. But if the cell phone is yours, how can it be taken away from you? Where did your idea come from? If your girlfriend is what she is, how could she have existed even before she met you?

But perhaps the most damaging of distortions is the fact that we see our feelings, our thoughts and even our sense of self as lasting, solidly existing things, which causes us a deep sentiment of frustration and discontent. We cling to the various images we have of ourselves as if they formed our true identity: I am Canadian, I am a lawyer, I am bilingual. But did you choose to be born in Canada? Would you have been a lawyer if you had been born in a secluded African village? Would you be proud to be bilingual if you were born in Switzerland?

Concepts exist in our minds and we project them onto the world. We don’t see things as they are because we are not willing to – we don’t accept the vulnerability of things because we don’t accept our own. But we don’t have a choice: everything is impermanent because nothing is absolute, and the more we reject this fact, the more we cause ourselves to suffer. In order to transcend the paradigms that form our worldview and cause our suffering, we first need to recognize that nothing is what it seems.

We attribute qualities to things based on what can be seen on the surface and we cling to them as if they were permanent and substantial. It is to this that Gautama Buddha’s phrase cited above is refering. Suffering arises when reality clashes with our inadequate perceptions of it, and so we need to remember that ideas exist within – and not in the world external to – our minds. We need to remember that ours is a phenomenal world. Without awareness of this, our lives will always be (mis)guided by illusions.

[2] It’s true that, because of its Eastern origin, Buddhism cannot be correctly labelled as “religion”, “philosophy” or “psychology”, which are originally Western concepts. We can, however, adopt one concept or another to talk about Buddhism in order to establish, for instance, the point of view from which we will discuss it.

[3] An empirical evaluation is trying to understand something for yourself through your own experience.

[4] To say that something is conditioned is to say that it is formed, made up of many parts.

[6] What we call “paper” is precisely this relationship between everything that makes possible its existence, and not a solid object as we normally imagine.

[7] Though it was founded at the beginning of the twentieth century, the roots of phenomenology are in the philosophy of Immanuel Kant, another German philosopher. That’s because Kant made the distinction between things-in-themselves – of which we cannot have any experience – and phenomena – which are the appearances of things, interpreted by our senses and our understanding.

[8] In many ways, psychology in the West has its roots in Ancient Greek philosophy. Psychology separated from philosophy in the end of the nineteenth century and was largely developed in the last century.

[9] That’s because thoughts and perceptions exist in a dynamic relation: one forms the other and vice-versa.

The human foundations of the university

There is a good bit of dusty German philosophy in Karl Jaspers [1], who doesn’t seem to be known as a philosopher so much as a

The poem “There is ample metaphysics in not thinking at all” is one of the most popular by Portuguese poet Fernando Pessoa. In “Philosopher’s Walk”, Conditioned